I n this article we will be explaining our revolutionary stable coin USDL (formerly LFUEL). The only stable coin that will be fully backed by the blockchain. 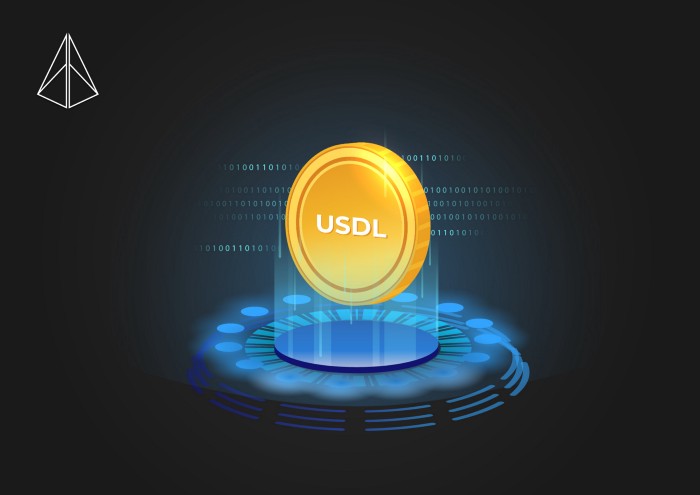 USDL is the gas token for LGCY Network. Instead of having bandwidth and energy, the LGCY Network will use USDL as gas. 1 USDL will be a credit for $1 worth of transaction/server fees. (explained in the next section) The best part about USDL is that it will be a stable coin! That means that for people who stake LGCY tokens they will earn payouts in a safe, stable coin rather than in a volatile token.

USDL will eventually be it’s own token, decoupled from the LGCY token, backed simply by gas. But to start off we have to print an initial supply of USDL so that we can provide liquidity to exchanges, rewards for our pre-staking pools, and a supply for staking on our network.

We have printed 10 million USDL as that is roughly the fully diluted market cap of LGCY. So USDL is starting off backed by LGCY, but again, will eventually be it’s own token, backed by gas. The supply of USDL will grow as the LGCY Network grows, as more will be needed to supply gas for transactions. When USDL is used for gas on the LGCY Network, it’ll be burned, thus reducing the supply. In this way USDL will grow gradually, organically bringing stability and liquidity to the stable coin.

What makes it stable?

USDL will be pegged to the US dollar. We realize that most people probably do not spend much time thinking about the mechanics behind a stable coin, but it is important that we explain here why USDL will be better than any other stable coin on the market.

There are basically two philosophies behind how stable coins should be made stable. 1. An asset can be worth whatever the issuer deems it to be worth. Most stable coins work in this manner. It is worth $1 because everyone believes it is worth $1. We all know, however, that most stable coins are not exactly pegged 1 to 1 with USD as there are always small price fluctuations. Why is that? These coins rely quite a bit on arbitration between assets and exchanges to keep the price equal to $1. Currently, it works because it works, but essentially it is unbacked and risky for a long term hold.

2. The second philosophy is to back the stable coin with other assets in order to have something to bring the token value. This philosophy has its merits, however, these assets are usually either unbacked themselves, or too volatile to keep the stable coin truly stable. The end result of this is that the stable coin again has to rely on arbitration and the holders believing the coin is worth what the issuer says they are worth.

There is a new philosophy that has been attempted in recent months called rebase. Unfortunately the stability that these projects have sought have really only resulted in the opposite. Most stable coins are not actually stable, and many new ideas haven’t panned out they way they were planned.

Our new and innovative philosophy to create our stable coin is a revolutionary concept that brings a real backing which won’t rely on people’s sentiment to remain stable. LGCY Network will use USDL as gas for transactions on our blockchain. This stable coin will be backed by the number of transactions $1 costs. For example, if it costs $0.01 to issue a transaction on the blockchain, USDL will equal 100 transactions or $1. The blockchain will take an aggregate across all of the nodes in order to produce the value of USDL and keep it at $1.

This model both provides a stable and valuable backing to our stable coin/gas while also giving LGCY Network a scalability over time. Even if a transaction quadruples in cost to $0.04, USDL will stay stable at $1 by being worth 25 transactions. Our users will never have to worry about paying the extreme prices that have been hitting the market over the past months because of our innovative stable coin/gas system. Why it’s better to reward in the stable coin?

As you know, LGCY Network stakers will receive their payout for staking LGCY in USDL. We do this for a number of reasons. This is far better for the investors in LGCY as we are removing inflation that usually exists in a classic DPoS staking system. When a staker receives their payout in the native token they are faced with a choice, “Do I stake my payout or do I sell my payout?” Many people stake in order to gain dividends for spending. Unfortunately, by paying out in the native token there is an unnecessary inflation added to the market daily. Stakers are forced to sell their tokens to be able to use the money.

In our system we will be paying out dividends in our stable coin/gas. This means that stakers have a choice in what they want to buy. USDL will be the stable coin pairing on our Dex — MyriaDex. As our Dex grows, so will the number of pairings. USDL can be held for gas, stability, or used to purchase more LGCY or other project tokens who have paired with LGCY Network.

Why we’re changing the name to USDL

The name change is being done to cause less confusion. It is being pegged specifically to USD while also being the future stable coin pair for our dex. When users see “USDL” they know exactly what it’s supposed to be. As USDL will be more than simply gas for the LGCY Network, we decided it was best to give it a more adoptable name.